The Many Moods Of Bob 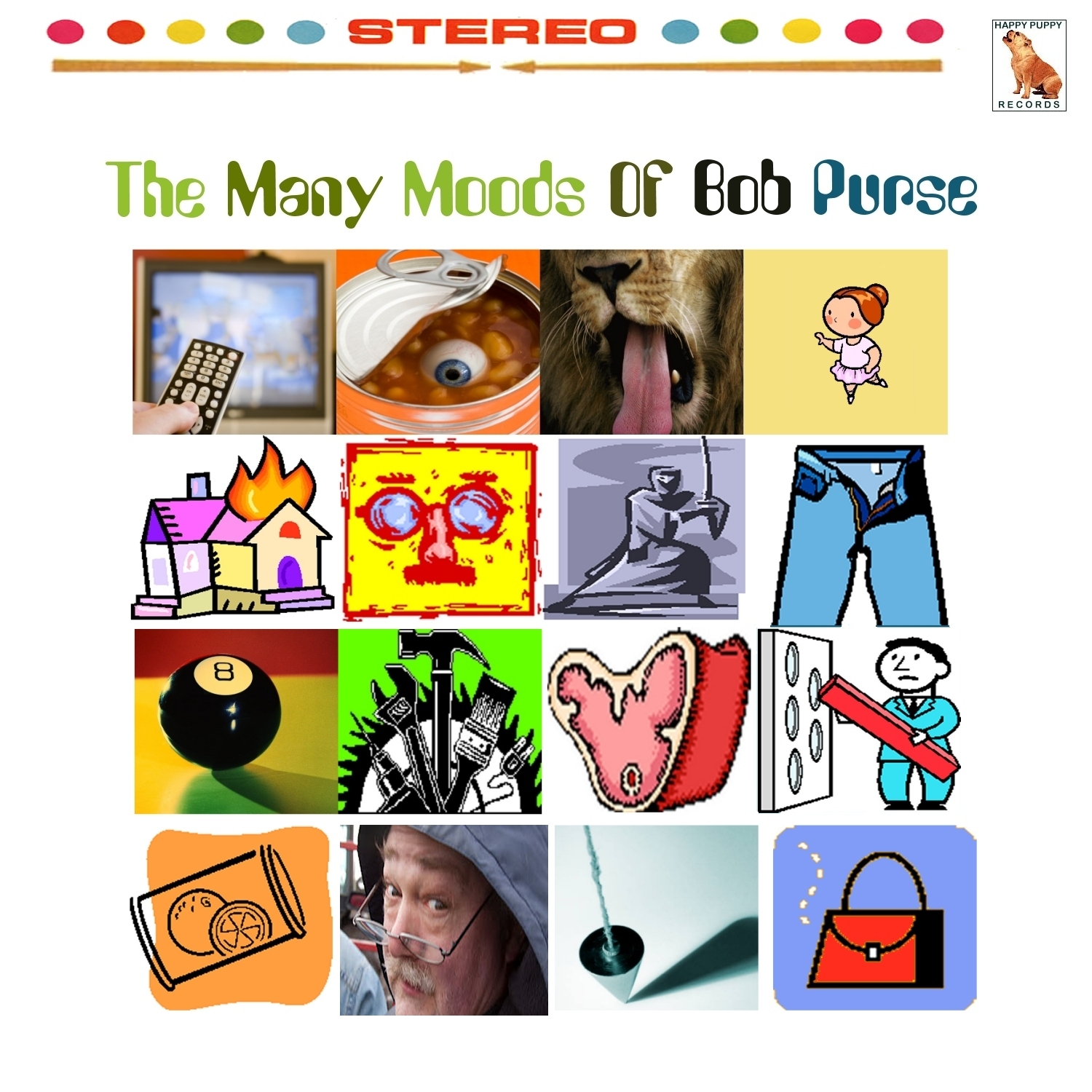 The Many Moods Of Bob

I love collecting song-poems (song-poem you say? read more about them here), as does Bob Purse.

Not just song-poems, but Bob is a music collector of the strange, the odd, the outside.  And not only has he collected for years, he shares a lot of it on the infamous WFMU Beware The Blog, as well as his own blog.

On the occasion of his 50th birthday, he posted some of his original material on his blog that he had recorded privately over the years.  They came from a cassette he originally shared with friends and family back in 1997 called The Many Moods Of Bob.

After hearing Bob's songs, I was very interesting in hearing the rest of the tracks, and I contacted him with the idea of releasing the entire album for free download.

What follows is a truly fantastic DIY album, up there with the likes of R. Stevie Moore, the weird 4-track stuff by Ween, etc.  Not only does Bob has a knack for writing off-the-wall tunes, but he's also covered a song-poem, a handful of obscure commercials, and a couple of parodies, recalling my younger-days of hearing this kind of stuff on Dr. Demento ("Bad TV Acting" was even played by Dr. D on May 16, 1999).

The album comes with Bob's personal liner notes, containing his commentary on each track, available in Word format and also in full album artwork for easy printing.

Time to dim the lights, pour a glass of your favourite beverage and enjoy The Many Moods of Bob Purse - and if you like what you hear, please consider giving Bob a donation!